Gli italiani in Galles durante la seconda guerra mondiale | Wales Breaks its Silence: from Memory to Memorial and beyond


The Italians in Wales during the Second World WarArticle by Bruna Chezzi Published online: 22 Oct 2014.

The Italians in Wales during the Second World WarArticle by Bruna Chezzi Published online: 22 Oct 2014. 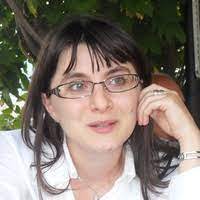 On 10 June 1940, Mussolini’s declaration of war on Britain had a traumatic impact on the Italian communities across the UK. On 2 July 1940, the ex-cruise liner SS Arandora Star was transformed and used by the British Government to deport enemy aliens to internment camps in Canada, but intercepted by a German submarine off the Irish coast. It sank leaving a sad legacy. In September 2008, twelve voluntary members of the Welsh-Italian community formed the Arandora Star Memorial Fund in Wales (ASMFW) to raise money for the creation of the first National Memorial of the Arandora Star in Wales to remember the fifty-three Italians from Wales who perished in the tragedy. After decades of silence, the initiatives promoted by the ASMFW were able to generate new oral and written testimonies showing the true impact of the Arandora Star tragedy on the Italian community in Wales. This article aims to introduce some of these narratives, and to explore how the relatives of the victims have contributed, or not, to the creation of a collective memory. It argues that the creation of the memorial in Wales and the process of memorialization were not so much an attempt to create politicized discourses of victimization, but rather an attempt to create a platform for the generation of memories after nearly seven decades of silence.